Apologies – the first blog post got sent out by mistake.

Weather comparisons between the two countries

Last year, I had come to know that this year’s debconf is happening in Canada, a cold country. Hence, few weeks/month back, I started trying to find information online when I stumbled across few discussion boards where people were discussing about Innerwear and Outerwear and I couldn’t understand what that was all about. Then somehow stumbled across this Video, which is of a game called the Long Dark and just seeing couple of episodes it became pretty clear to me why the people there were obsessing with getting the right clothes and everything about it. Couple of Debconf people were talking about the weather in Montreal, and surprise, surprise it was snowing there, in fact supposed to be near the storm of the century. Was amazed to see that they have a website to track how much snow has been lifted.

If we compare that to Pune, India weather-wise we are polar opposites. There used to be a time, when I was very young, maybe 5 yrs. old that once the weather went above 30 degree celsius, rains would fall, but now its gonna touch 40 degrees soon. And April and May, the two hottest months are yet to come.

Before I venture further, I was gifted the book ‘China Gate‘ written by an author named William Arnold. When I read the cover and the back cover, it seemed the story was set between China and Taiwan, later when I started reading it, it shares history of Taiwan going back 200 or so odd years. This became relevant as next year’s Debconf, Debconf 2018 will be in Taiwan, yes in Asia very much near to India. I am ashamed to say that except for the Tiananmen Square Massacre and the Chinese High-Speed Rail there wasn’t much that I knew. According to the book, and I’m paraphrasing here the gist I got was that for a long time, the Americans promised Taiwan it will be an Independent country forever, but due to budgetary and other political constraints, the United States took the same stand as China from 1979. Interestingly, now it seems Mr. Trump wants to again recognize Taiwan as a separate entity from China itself but as is with Mr. Trump you can’t be sure of why he does, what he does. Is it just a manoeuvrer designed to out-smart the chinese and have a trade war or something else, only time will tell.

The book does seduce you into thinking that the events are happening in real-time, as in happening now.

As well in the game and whatever I could find on the web, Canada seems to be on the lower side as far as population is concerned. IIRC, few years back, Canadians invited Indian farmers and gave them large land-holdings for over 100 years on some small pittance. While the link I have shared is from 2006, I read it online and in newspapers even as late as in 2013/2014. The point being there seems to be lot of open spaces in Canada, whereas in India we fight for even one inch literally, due to overpopulation. This sharing reminded me of ‘Mark of Gideon‘. While I was young, I didn’t understand the political meaning of it and still struggle to understand about whom the show was talking about. Was it India, Africa or some other continent they were talking about ?

This also becomes obvious when you figure out the surface area of the two countries. When I had started to learn about Canada, I had no idea, nor a clue that Canada is three times the size of India. And this is when I know India is a large country. but seeing that Canada is thrice larger just boggled my mind. As a typical urbanite, would probably become mad if in a rural area in Canada. Montreal, however seems to be something like Gwalior or Bangalore before IT stormed in, seems to be a place where people can work, play and have quite a few gardens as well.

This is one thing that is similar in both the great countries. India has Indian Railways and while the Canadians have their own mountain railway called viarail. India chugs on its 68k kilometre network, Canada is at fourth position with 52k network. With thrice the land size, it should have been somewhere where Russia is or even better than them. It would be interesting if a Canadian/s comment about their railway network and why it is so bad in terms of reach.

As far as food is concerned, somebody shared this

Also, have no idea if Canadian trains are as entertaining as Indian ones, in terms of diverse group of people as well as variety of food to eat as also shared a bit in the video. I am not aware whether Via Rail is the only network operator and there are other network operators unlike Indian Railways which has monopoly on most of the operations. 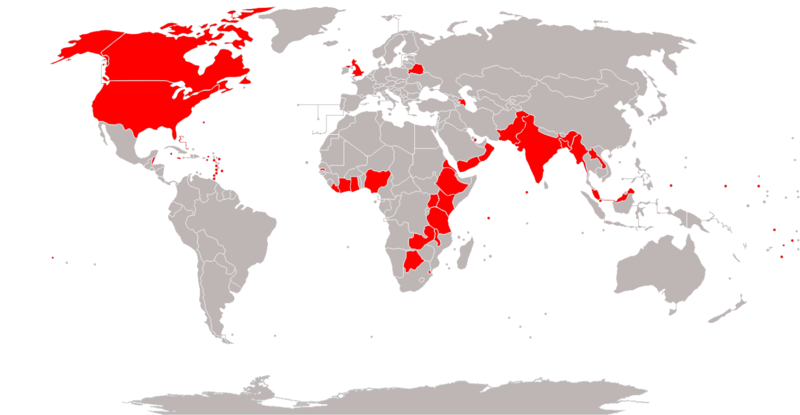 This is again something that is similar in both the countries, it seems (from afar) that its only few business houses and more importantly political families which have governed for years. From what little I could understand, both India and Canada have first past the post system which as shared by its critics is unfair to new and small parties. It would be interesting to see if Canada does a re-think. For India, it would need a massive public education outreach policy and implementation. We just had elections in 5 states of India with U.P. (with respect to area-size and population density) and from the last several years, the EVM’s (Electronic Voting Machines) tries to make sure that nobody could know which area which party got the most votes. This is to make sure the winning party is not able to take revenge on people or areas which did not vote for them. Instead you have general region counting of votes with probably even the Election Commission not knowing which EVM went to what area and what results are there in sort of double-blind methodology.

As far as Business houses are concerned, I am guessing it’s the same world-over, only certain people hold the wealth while majority of us are in hard-working, non-wealthy status. 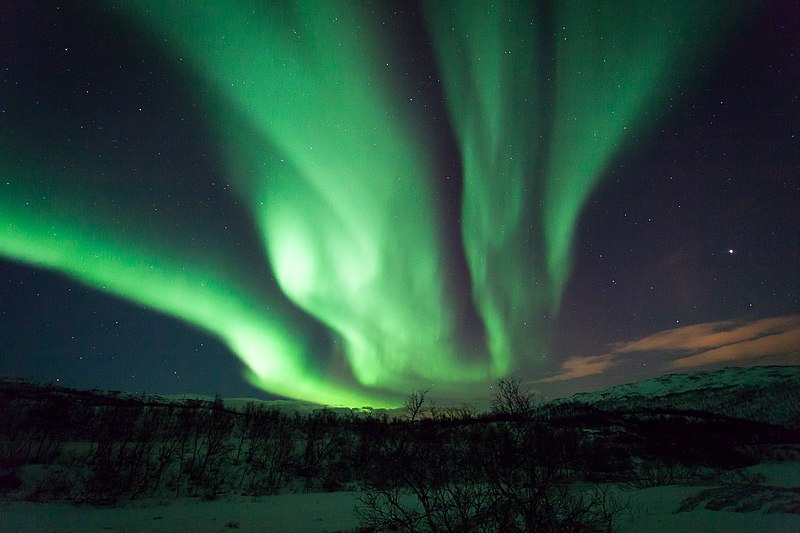 Apart from all the social activities that Montreal is famous for, somebody told/shared with me that it is possible to see the Northern Lights, Aurora Borealis can be seen in Canada. I dunno how true or not it is, while probably in Montreal it isn’t possible to see due to light pollution, but maybe around 40-50 kms. from the city ? Can people see it from Canada ? IF yes, how far would you have to go ? Are there any companies or people who take people to see the Northern Lights.

While I still have to apply for bursary, and if that gets ok, then try getting the visa, but if that goes through, apart from debconf and social activities happening in and around Montreal, Museums, Music etc. , this would be something I would like to experience if it’s possible. While I certainly would have to be prepared for the cold that would be, if it’s possible, no offence to debconf or anybody else but it probably would be the highlight of the entire trip if its possible. This should be called/labelled as the greatest show on earth TM.

Hi all,
This would be a longish post about various bits and things which have on my mind for several days/weeks etc on variety of topics within the computing environment.
END_OF_DOCUMENT_TOKEN_TO_BE_REPLACED

Hi all,
This would be a bit longish post about the #MiniDebconfPune 2011, what worked and didn’t and some suggestions for the road ahead.
END_OF_DOCUMENT_TOKEN_TO_BE_REPLACED